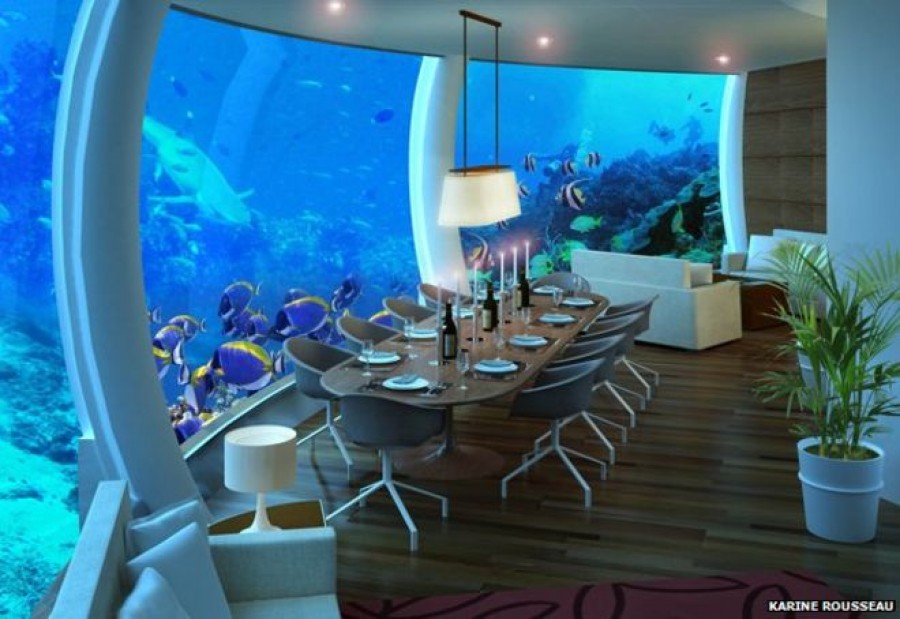 Homes where you can live under the sea

By Helen ScalesMarine Biologist and author

Underwater hideouts may be the domain of James Bond villains and Gerry Anderson's Stingray puppets but people in the real world are also dreaming about living at the bottom of the sea - and the dreams may not be far off being realised.

Luxury resorts and restaurants, roaming fleets of research subs and domestic pods with fish-side views are among many ideas floating around, as you might say, for populating the oceans.

The way architect Michael Schutte sees it, with plenty of people prepared to pay a premium for living next to the sea, the next logical step is to start building below the waterline.

"If you've spent $15m on a piece of waterfront property in Miami, what's the next thing that you're going to add to that to actually improve that experience?" he says.

Perhaps build an underwater cocktail bar or a docking station for a submarine to take visitors to see coral reefs, he suggests. 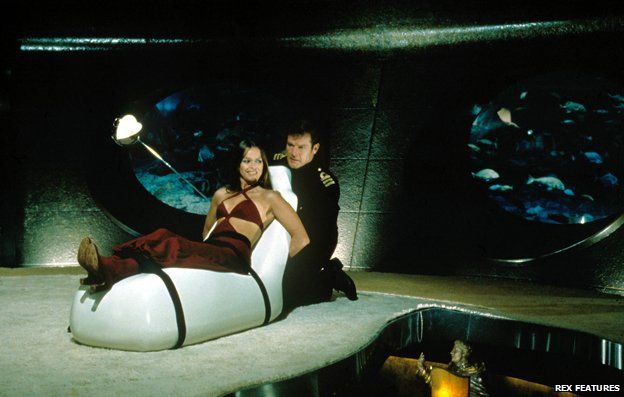 But is anyone, apart from submarine crews, living under water now? The answer is - Yes: the aquanauts.

I put on my diving kit and dropped in on them at the Aquarius Reef Base, run by Florida International University - a research station perched permanently just above the seabed, 20m beneath the waves in the Florida Keys National Marine Sanctuary. 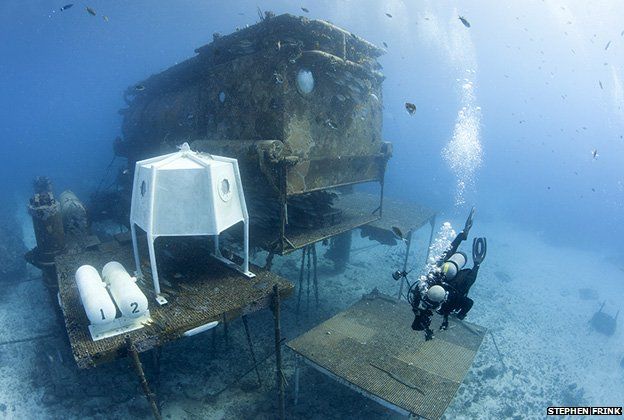 The entrance is a "wet porch". There is no door to knock on, just a shimmering horizontal liquid interface between sea and air. I poke my head through, feeling rather like Alice in Wonderland stepping into the looking glass. 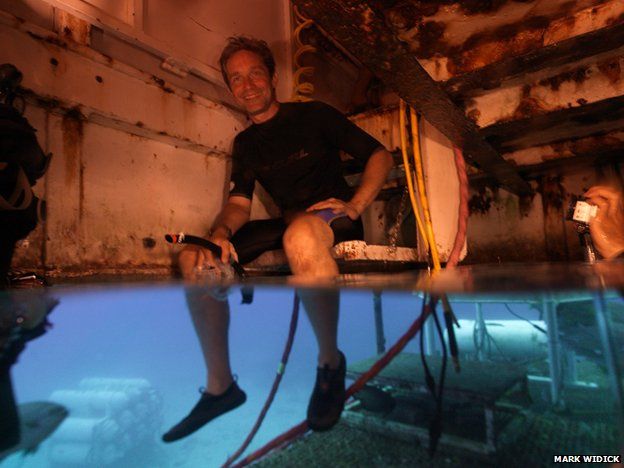 The pressure of air inside maintains this interface with the outside world and holds back the barrage of water that would otherwise flood in.

Once inside, the first thing I notice is my squeaky voice. My vocal cords are having a hard time dealing with air 2.5 times more dense than they're used to. 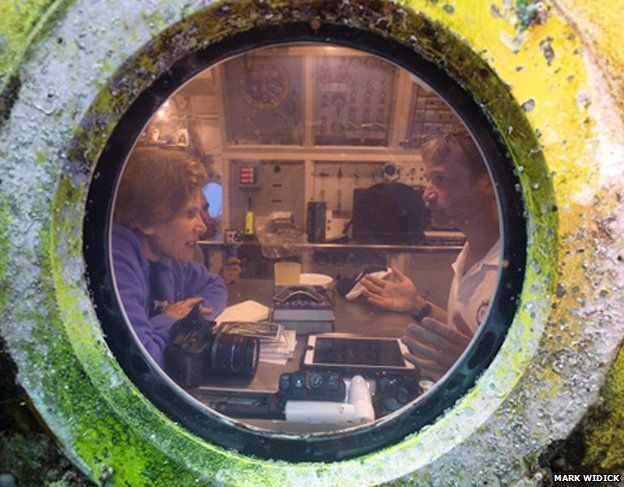 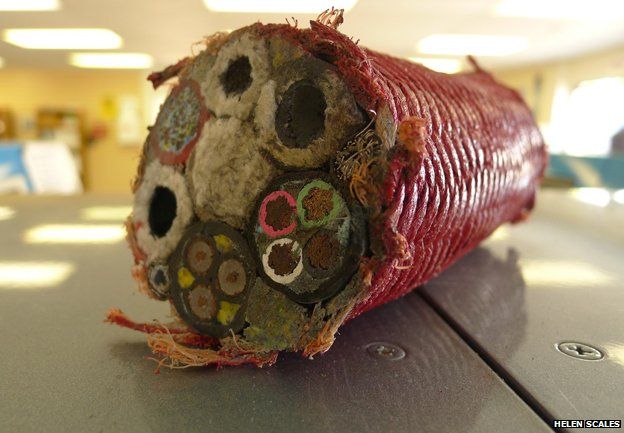 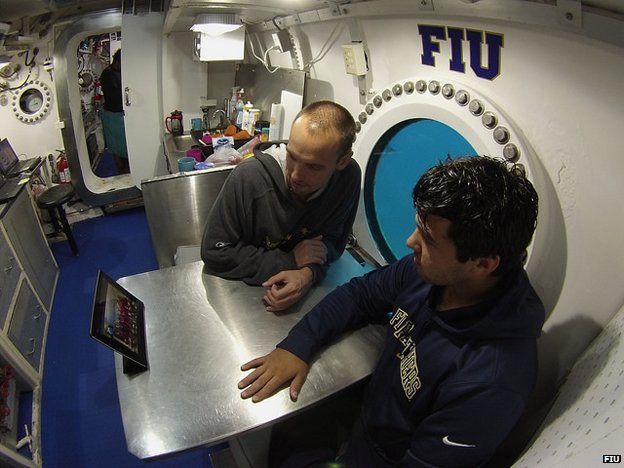 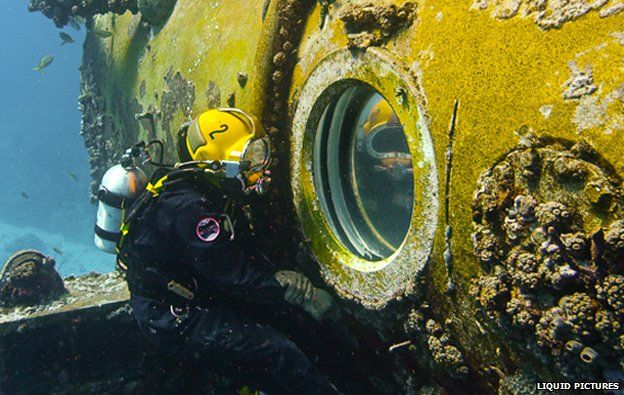 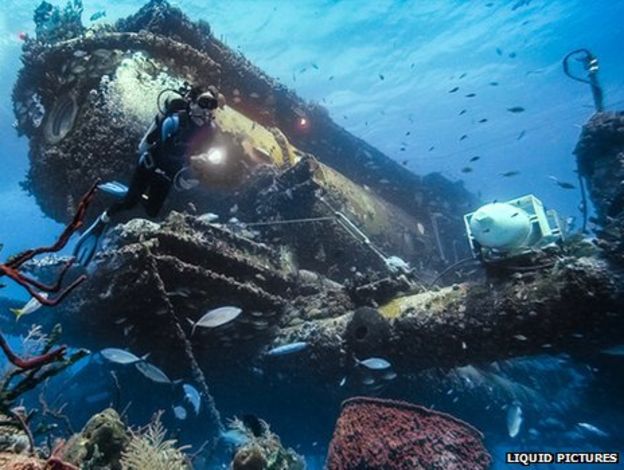 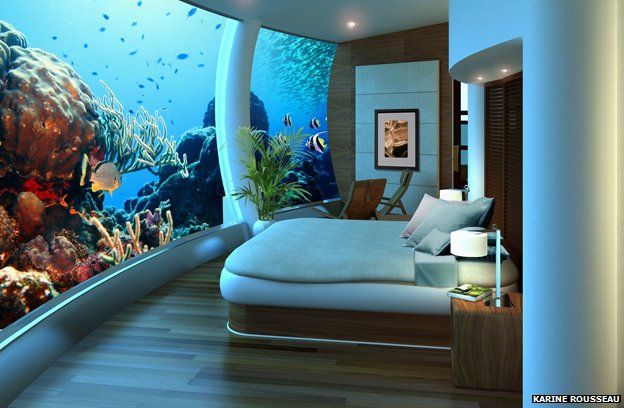